Those who follow us closely will know that our big version 7 update was a long time in the making. It brought major features like being able to play without subscribing, Up Next syncing and even Listening History. Late last year we launched it on Android as an open beta. This beta process was crucial, enabling us to test on thousands of Android phones each with different configurations. We also wanted to gather as much feedback as we could and make changes where required. We committed to leaving it in beta until we ironed out all the known bugs and fixed usability issues. It can be frustrating sometimes not to know an exact launch date, but it's worth it for achieving a vast increase in quality and stability before launch. Well today, all that is behind us because we're proud to announce that version 7.0 for Android is now live in the Google Play Store!

So what's new and interesting in version 7? The best place to start is where nearly all of you spend most of your time - in episode lists. You can now clearly see what's downloaded and what's already in your Up Next list. You can also swipe left to right over a list to reveal options for Play Next and Play Last. Additionally if you keep swiping, it will automatically perform the first action. This makes lists more useful, and adding episodes exactly where you want them in Up Next faster than ever before.

Additionally we now also have support for authors to tag shows in ways that make them even easier to follow. You can see both episode and season numbers as well as trailers and bonus episodes at a glance.

Next up we have one of my absolute favourite features in version 7, being able to play episodes without needing to subscribe to a podcast. See something you like in Discover? Tap on it, hit play.

Version 7 is full of thoughtful time savers as well. You're in your favourite filter, but there's an episode you don't want to listen to for now...what do you do? In version 6 you'd mark it as played, which while handy meant that later when you had time to go back through that podcast you couldn't tell which episodes you'd played and which you hadn't. It was one of the biggest sources of feedback I've ever seen, and in version 7 we've addressed it.

This is where archiving comes in. Swipe right to left over an episode to instantly archive it. This will remove the episode from your filter, as well as hiding it from the podcast page. If it's downloaded, it will also clean up the downloaded file. It does all this without changing the play status of an episode, which means later when you're browsing the back catalogue looking to fill some time, you'll know exactly which episodes you've actually played and which you haven't.

I could literally go on all day about new features. We have time based archiving. We have the ability to keep downloads for a set amount of time before cleaning them up. We've streamlined navigation and exposed existing features making them easier to find. You can drag the player up and down, it's a small thing we know, but version 7 is full of those small quality of life improvements that when added up really make a difference. Finally we have enhanced filtering and syncing, the most obvious part being that your Up Next list is now synced to all your devices, including smart speakers! There's so many things to explore in version 7 and the best way to do it is to dive right in. So what are you waiting for, mash that update button! 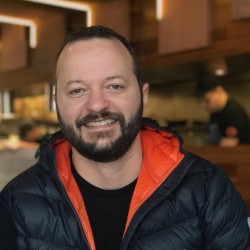